I don’t pretend to have all of the answers.  To be honest, I’m not even sure what all of the questions are.  And the longer I’ve been doing 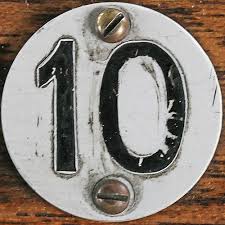 this, the less sure I am of what is ‘working,’ or even what the definition of ‘working’ is.

However, I have been doing this work for 24 years in the same congregation.  It’s been an amazing and wonderful ride.  And I’ve seen a lot of other youth ministry professionals in neighboring churches come and go.  There are some things I’ve learned and some observations I’ve made.  Basically, they are things that I wish someone had told me.

They are not in any particular order, and they are not meant to be comprehensive…at all…

Just some random thoughts.  I may be wrong on them.  But it’s based on my observations, and these are things I wish someone had told me when I started.  Take ’em for what they’re worth.
Onward!
Todd.

Husband, father, reader, guitar player, pastor, a person who is really banking on that whole grace thing! View all posts by tbuegler